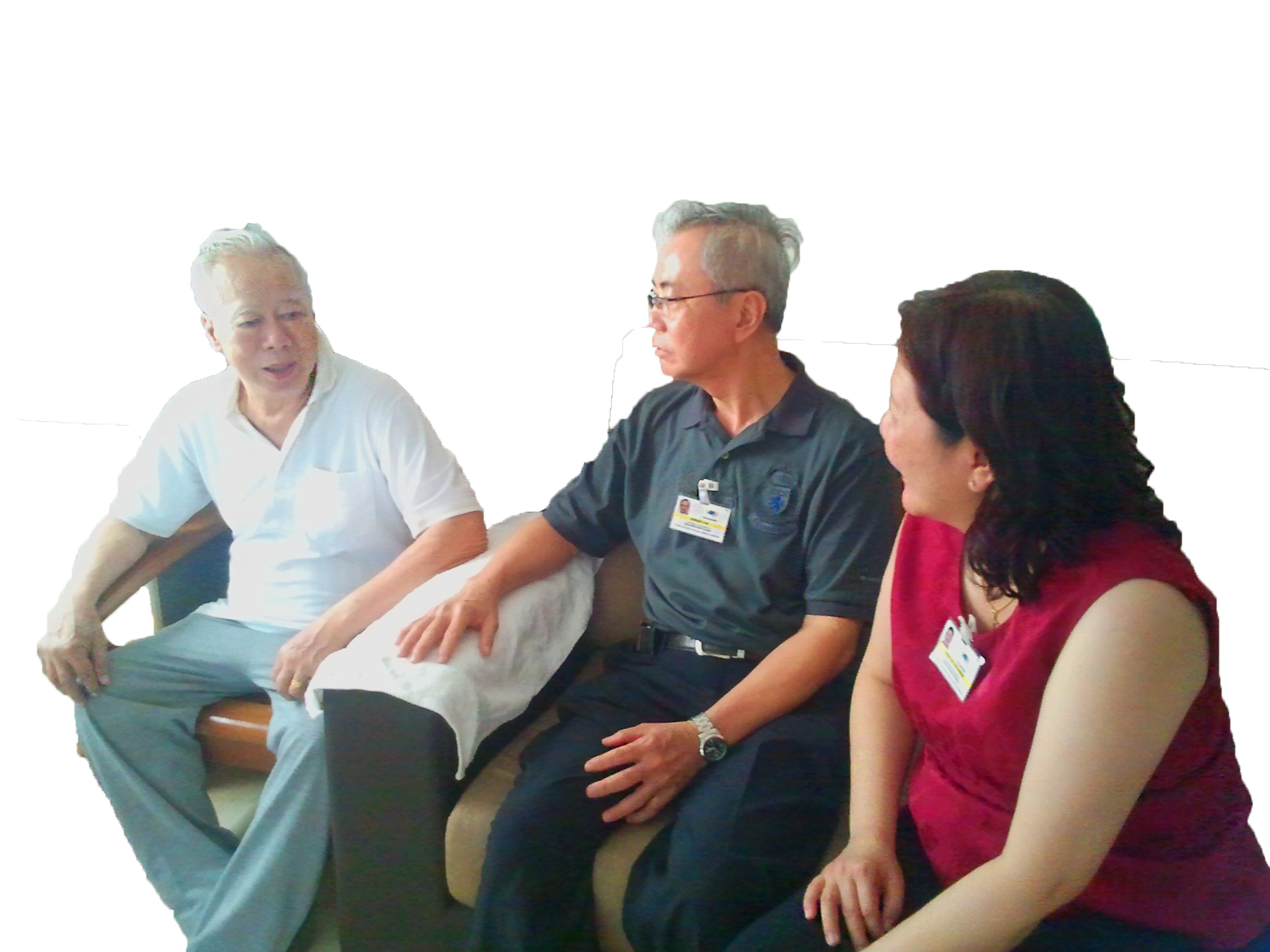 Three years ago, doctors told Mr How that he only had two more weeks left to live. The aneurysm* located in his heart’s main artery could rupture suddenly, and Mr How could bleed to death.

Three years later, Mr How says, “I was prepared to die, but somehow, I am miraculously still here.”

Despite the sustained risk that the aneurysm could balloon and rupture, Mr How continues to have outings with his buddies. We’d go to different coffee shops or even McDonald’s,” said Mr How, in Mandarin.

But he was not always so upbeat. When he was discharged from hospital in 2009, he lost the will to live. His wife recalled that he became “skin and bones”, and his hair turned completely white. As a doctor and nurse team from Agape Methodist Hospice (AMH Homecare) visited weekly to monitor his condition and dispense medication, volunteer befrienders under the umbrella of the Homecare Service, a community outreach of Methodist Welfare Services, came forward to provide emotional and social support. And this was how Mr How met married couple, Winnie and Edmund.

Winnie, a full-time nurse at a local hospital, shared that Mr How used to be very downcast and lamented that there was no point being happy as he was going to die anytime.

“We tried to divert his attention from his medical condition to his loving family. We also reminded him about his blessing and miracle that defied the doctor’s two-week prognosis,” she said.

According to Mr How, on their monthly visits, the couple would talk to him about his past, like his job and hobbies. He would also update them about his children, who are very filial and visit their parents weekly. Edmund, a retiree, has no medical background – but it has not been an issue for him since he signed up as one of AMH Homecare’s befrienders
two years ago. He believes that the role of a befriender is to lift up the patient’s spirits, even during his or her last days. While providing appropriate medical support is crucial for patients with advanced illnesses, ensuring that they are able to live life to the fullest in every aspect during their remaining days is equally important.

Today, Mr How has gained back the weight he lost, and looks healthier and more robust. Even though his voice is growing increasingly hoarse due to the growing aneurysm, he does not let it affect him. His hair is still white as snow, though. “No need to colour the hair lah. He’s so old; nobody wants him already!” his wife joked.

*An aneurysm is an abnormal widening or ballooning of a portion of an artery due to weakness in the wall of the blood vessel.