Celebrating and Empowering Women, Wherever they may be in Life 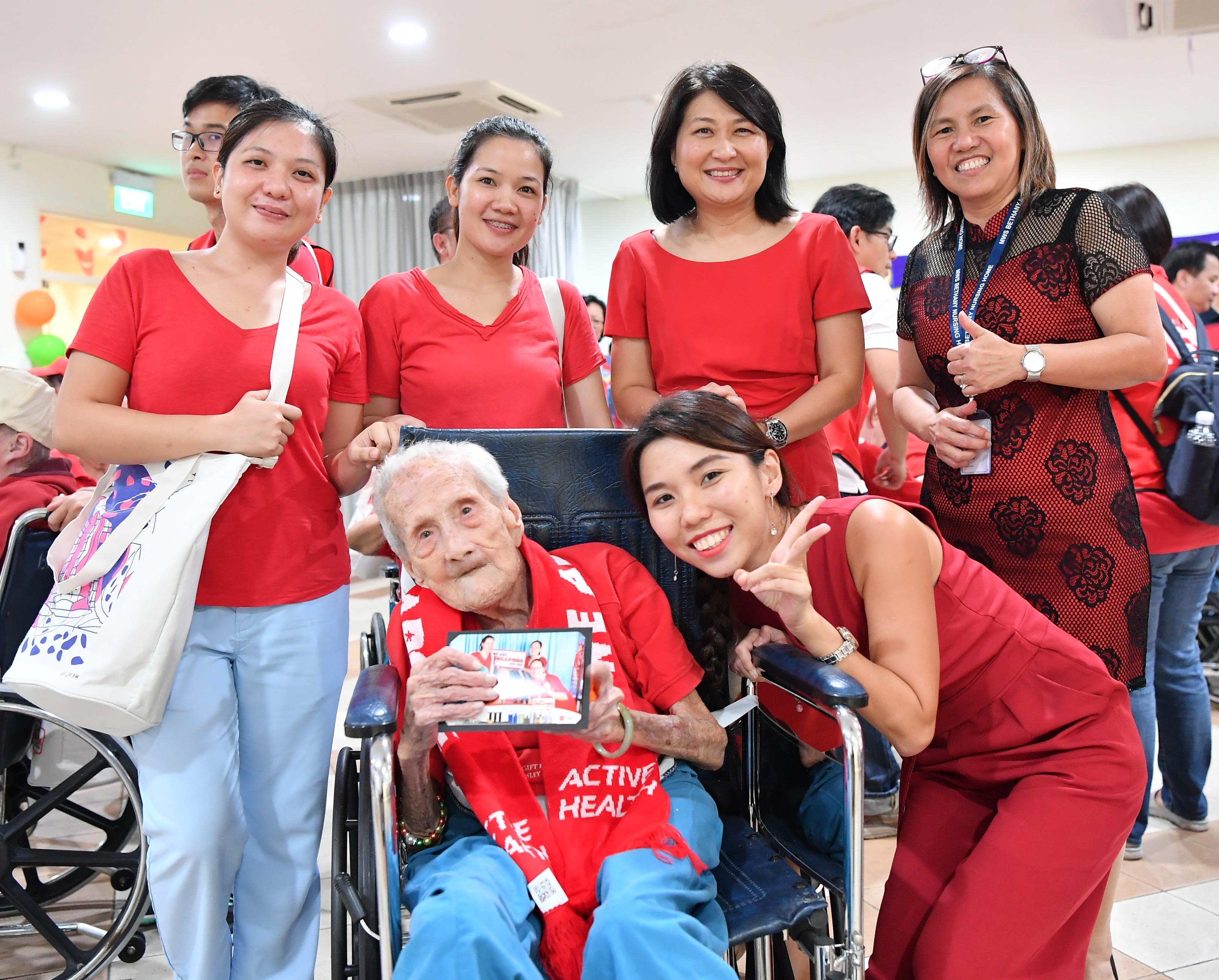 Earlier this month, we celebrated International Women’s Day, a global day to mark the social, economic, cultural and political achievements of women. Over the past decade, on the back of my banking career, I have sought to build an eco-system that facilitates the advancement of more women and their placement in corporate leadership roles, and I am glad to see that the efforts are bearing fruits.

My belief in the tenacity of women, and how that fuels the multiple roles they play in our communities also drives my work at Methodist Welfare Services (MWS). Although MWS does not specifically support women as a group, many of the vulnerable people we serve are women, including some who are holding the fort in distressed families; the aged sick and even their caregivers; those who are socially isolated; as well as teen girls with troubled backgrounds, amongst others.

Personally, I feel the most for the families we serve, in which women are often caregivers. Many studies have looked at the role of women and family caregiving. The Survey on Informal Caregiving, commissioned by then-Ministry of Community Development, Youth and Sports (MCYS), found more caregivers to be female (60%) than male (40%)[1]. The survey also found that most caregivers are not working (47%), and among those who do, 29% indicated they had to leave work at least once for care recipient’s doctor’s appointment in the last six months. As workforce participation increases, caregiving poses even greater financial challenges for many women workers, due mostly to lost wages from reduced work hours, time out of the workforce, family leave or early retirement.

Because caregivers are more likely to be women, they are also exposed to greater health and financial risks associated with caregiving. All over the world, women are the predominant providers of informal care for family members with chronic medical conditions or disabilities, including the elderly. At times, these roles can be thrust upon women unexpectedly.

This was exactly the case for Joycez Chaong. When her father suffered a stroke in July 2017, Joycez found herself in the role of his main caregiver overnight. From being fit and independent, her 75 year-old father Mr Chaong Tham became bedridden, unable to speak or move any part of his body except his eyes. His stroke was so severe, doctors were not sure he would survive. Fortunately, Mr Chaong pulled through during his month-long stay in the hospital. Upon his discharge, the hospital referred him to MWS Home Care for continued care at home.

The first three months were very challenging for Joycez – physically, emotionally and financially. It was during this time that MWS Home Care arranged for a nurse who visited the family weekly and provided guidance and training on proper caregiving techniques; sent therapists who helped improve her father’s ability to communicate, and to re-enable him to sit out of bed independently. MWS also stepped in to apply for subsidies for milk feeds and diapers from the Senior Mobility and Enabling Fund as the cost was taking a toll on them.

Joycez also had the option of receiving respite care at MWS’ two nursing homes so she could get some relief from her caregiving duties. For other caregivers like Joycez, we also provide them with counselling and family bonding sessions that help affirm them in their role.

What happens though, when the woman is herself stricken with ailment? Sadly, in MWS, we meet many women who have to shoulder on with caring for the family even as they confront the effects and anxiety of being gravely ill.

Ling* was diagnosed with cancer in 2013, and became medically unfit for work. With her husband as the sole breadwinner for their family of six, they struggled financially. Money woes led to conflicts and her children sometimes felt ostracised by their peers for being poor. She also felt that her medical condition hindered her from performing her responsibilities as a wife and mother.

Through monthly sessions with her MWS caseworker, Ling worked on improving communication with her family members, navigating educational and healthcare systems independently, and re-allocating household responsibilities within her family. With support, she was able to continue caring for her family within the limits of her health.

Ling’s caseworker also enrolled her in a one-day groupwork on financial literacy, conducted by one of our family service centres, which equipped her with effective financial budgeting skills. With improved budgeting, she showed potential to build assets and joined the MWS Family Development Program which provided a structure for savings. To-date, she has successfully completed 24 months of savings matching, and is on her third year of the programme to continue building assets for her children’s education.

The support rendered has also helped Ling restore her dignity as a mother and wife. She now feels empowered to take greater ownership of her issues and that has improved her family relationships. She hopes to encourage other vulnerable families to make positive changes to their lives too.

Women like Joycez and Ling have demonstrated tremendous strength and resilience in the face of life’s challenges. But there are many more like them in our community today, not forgetting the single mothers and foreign wives, who continue to struggle. Still, with support from the community and the acknowledgement that the problems they face are complex and require long-term attention, we can help these women rise above their circumstances, and have life to the full.

These past months I have spent at MWS has reinforced my belief in the inherent worth and dignity of the women and indeed, the people we serve, regardless of their circumstances or stations in life. And I resolve that as we support them, we not only address the issues they face, we should also help unlock the potential that is latent in each and every of these individuals. Because that is how Christ sees and loves us all, and I believe that is the only way we can do good well.

*Not her real name

[1] Chan, A., Ostbye, T., Malhotra, R., and Hu, A. (2010). The Survey on Informal Caregiving. Retrieved from https://www.msf.gov.sg/publications/Pages/The-Survey-on-Informal-Caregiving.aspx